"Water is everything to me. Nowadays, I really need it, water balances me; I need to observe it and always be in contact with cities near the water. At the same time, water mobilizes me, I suffer when I see the pollution.  My motivation is to find solutions to this problem that affects everyone," explains Yago.

These days, Yago Lange enjoys water in a different way. He protects it, safeguards it and makes sure that more and more young people join him on this challenge that does not lead to awards nor medals. The real reward is witnessing the oceans, rivers and lakes recover from the pollution caused by tons of debris, much of which is made up of plastic waste.

Yago knows that he cannot do it alone, so he is constantly looking for allies, and gaining more of them.

Like the millions of people whose lives and livelihoods have been severely affected by the pandemic, volunteer leaders like Yago had to adapt to the new reality.

Just when the river and ocean clean-ups were at their peak in Argentina, and Yago predicted a promising year in his quest, the pandemic hit worldwide putting a halt to progress. It was not until September 2020 that volunteers were able to resume their activities. Yago believes there are three actionable solutions to addressing environmental challenges.

1. Seek collaboration and empower more people to care for the planet

Thanks to responsible and proactive community members, beach, river and stream clean-ups that comply with social distancing protocols have been carried out despite the challenging contexts.

With authorization from the Government, and through the “CuidAr” mobile app, which regulates the transit of citizens throughout the Argentinean territory during the different lockdowns, Yago was able to travel to Patagonia, specifically to the provinces of Santa Cruz and Chubut. Along with a small, dedicated group of volunteers, he was able to remove the rubbish that was affecting the sea in Patagonia Park and the Patagonia Azul area.

Although COVID-19 has caused stricter protocols and movement restrictions volunteers and volunteer leaders have continued their work.

Yago is using his experience and background as a professional athlete to connect with citizens around the world and share his passion for sustainable management of the world's oceans.

Last November, Yago travelled to Ubatuba, in the São Paulo region of Brazil, where he and a very small group of people set out to combat aquatic pollution in the sea off the coast of uninhabited islands in the region. Early this year, he was in Portugal and Spain coaching the German women's Olympic yachting team ahead of the Tokyo Games, and beyond sharing technical knowledge, he instilled among the athletes the importance and value of preserving oceans and ocean life.

As an accomplished sports professional and Olympic athlete, Yago decided to change his life and dedicate himself to becoming a guardian of aquatic environments and its ecosystems. Through his active and engaged large social media network of activists, influencers, athletes and communities, including a following of more than 10,000 followers on Instagram alone, Yago can drive people worldwide into action. He believes in using his social media platforms to educate and mobilize people, especially young people to take initiative in their own communities.

The first beach clean-up with other volunteer leaders came to be thanks to an Instagram story about Rio de La Plata in the province of Buenos Aires. Within three days he had brought together athletes from 25 clubs across the country to join this environmental endeavour.

"With the emotion of what we achieved that day, the messages from people and the repercussions after the clean-up, I came to feel that the action we did together was as important as competing in the Olympics, which was the dream I had had since I was a child," said Yago recognizing his life’s purpose.

This happened in December 2018, when Yago returned from training with a European yachting team and began to feel the need to do everything in his power to save the water resources of our planet by removing the rubbish that littered and polluted the aquatic bodies.

From that first experience on, more opportunities have come his way to advance the Sustainable Development Goal 14—conserve and sustainably use the oceans, seas and marine resources. In March 2019, Yago carried out the first international clean-up with sailors from all over the world.

"We are the ones who use the water, so we have to protect it; and at that moment the NGO, Parley for the Oceans, approached us. I continue to work with them in the coordination of clean-up days in different places in Argentina and the world", he explains.

3. Maintain a proactive and well-informed role, and amplify environmental messages.

More than 80% of wastewater in developing countries is discharged untreated, which pollutes rivers, lakes and coastal areas.  In 2019, the World Health Organization called for a reduction in plastic pollution to protect the environment and prevent people from being exposed to microplastics that may be present in our drinking water and are still being studied for their impact on human health.

Faced with this reality, when they carry out the clean-ups, the rubbish they remove most from the water is mainly made up of disposable plastic items and many bottles, especially in the Río de la Plata area. On the coast of Argentinean cities, cigarette butts are the main contributors to pollution, explains Yago, who for the time being has decided to give up competing to devote more time to leading the clean-up, and to train and encourage young people to join his many successful clean-up missions.

The last clean-up project was carried out in Río de la Plata delta. Yago worked alongside residents, which volunteered their time. He also trained them to manage the clean-up so they could maintain it as an ongoing project.

His eagerness to amplify his message and get more volunteers involved in the clean-ups drives Yago. He is becoming a young environmental specialist in the field by providing informative and motivational talks for school children and teenagers to inspire and commit them to the cause, and most importantly, to recognize the potential they each hold to contribute to protect and preserve the oceans and other natural resources.

Since July, Yago will participate in various trainings organized by the United Nations in Buenos Aires at schools and universities to spread the word about Act Now, the UN campaign for individual action on climate change and sustainability. By sharing his experiences, Yago will inspire more people to build a connection to the ocean and other bodies of water that is sustainable. In addition to various clean-ups in Argentina, Yago plans to use the momentum around the upcoming Summer Olympics, to amplify this message through the social media platforms of other athletes like him, and who are also enthusiastic about contributing to the cause.

Protecting our oceans together

Argentina has an extensive maritime coastline of more than 5,000 km along the south-western Atlantic Ocean. Therefore, the management of the marine-coastal ecosystem is vital and it has been strengthened through national and international designations such as nature reserves and protected areas. For example, the Valdés Biosphere Reserve in Patagonia incorporates the Península Valdés Natural Protected Area, which, like other UNESCO World Heritage Sites, plays a key role in climate change mitigation, as its ecosystem absorbs substantial amounts of carbon, improves water quality, protects coastal communities by providing livelihoods, and much more. In fact, this Patagonian ecoregion is one of the most productive in the world, producing an abundance of phytoplankton (about three times the global average).

A couple of weeks before the official launch of the UN Decade on Ecosystem Restoration 2021-2030, Red Parques, UNEP-WCMC, WWF and other partners launched the Protected Planet Report, which highlights global efforts to achieve considerable progress towards the global target of protected area and nature reserve coverage. The regional report highlights that the Latin America and the Caribbean is the most protected region in the world (excluding the polar region) with more than 8.8 million km2 in terrestrial and marine protected areas.

Various UN entities, such as UNEP, PAHO/WHO and the WHO/UNICEF Joint Monitoring Programme for Water Supply, Sanitation and Hygiene are working on the ground, with a special focus on the care of aquatic biodiversity in protected areas and nature reserves, and the empowerment and protection of coastal communities, with a focus on the most vulnerable groups, such as women and children. 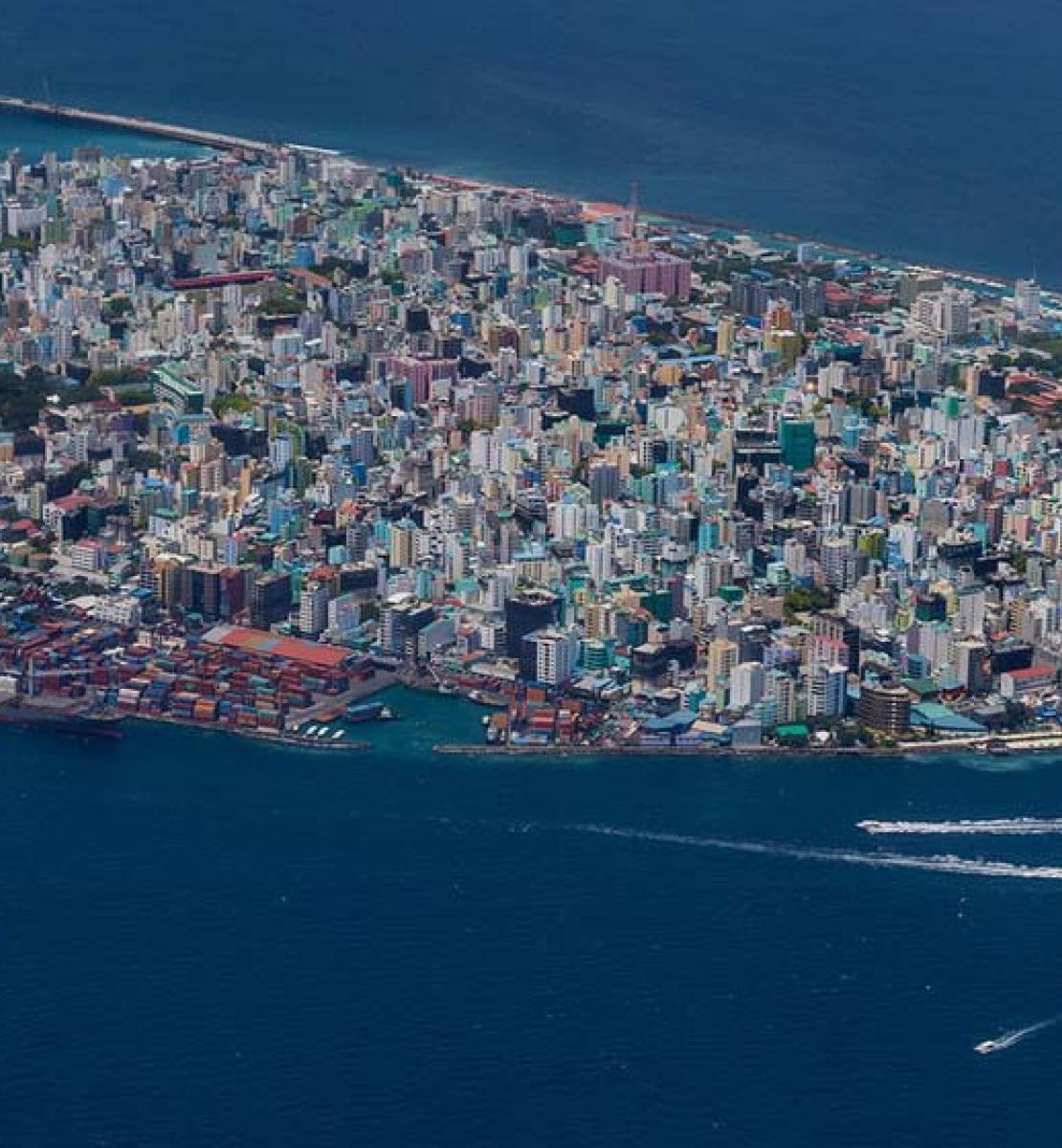 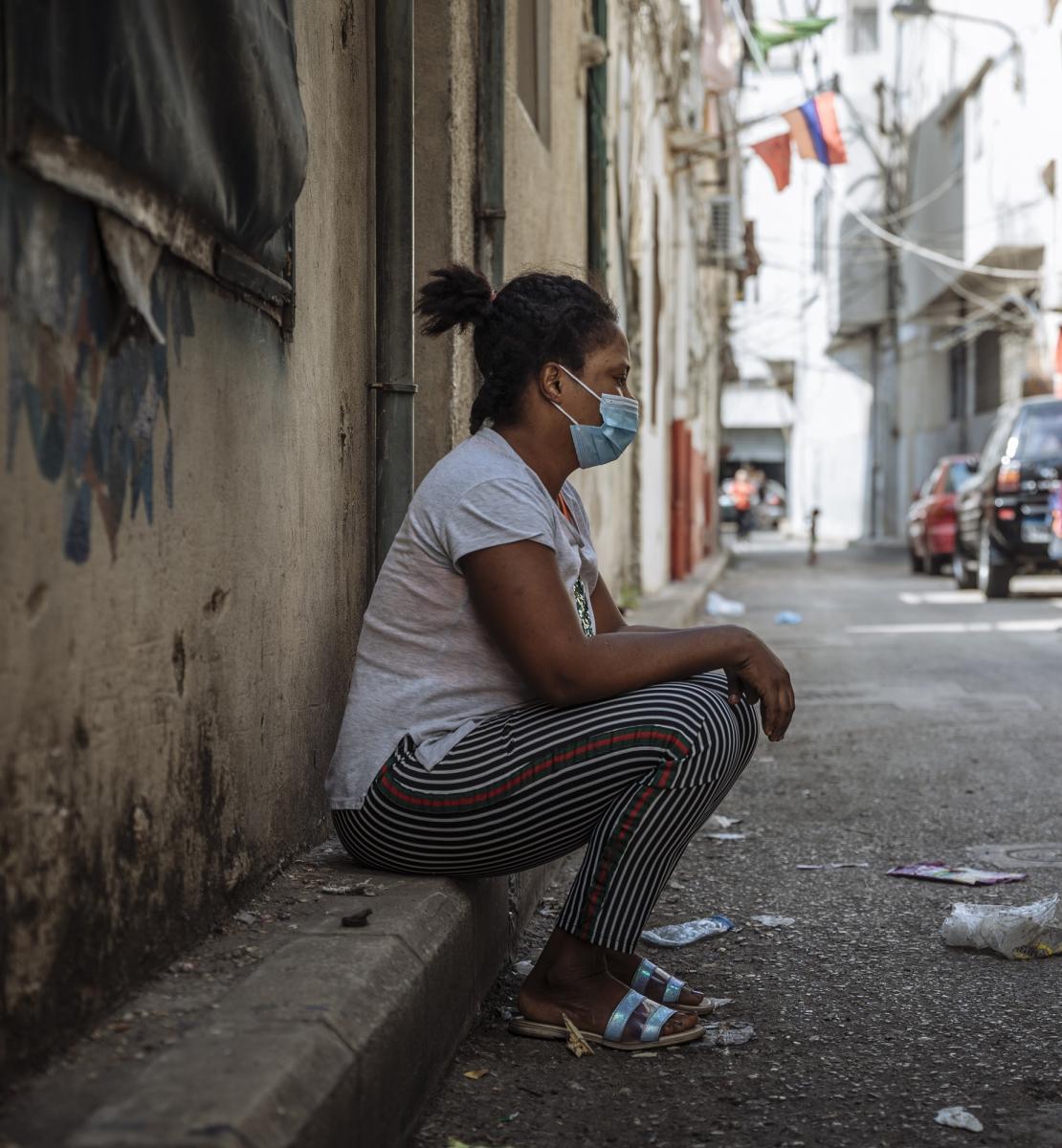 Story
03 June 2021
Looking back in Lebanon: How the UN responded to multiple crises in the past year 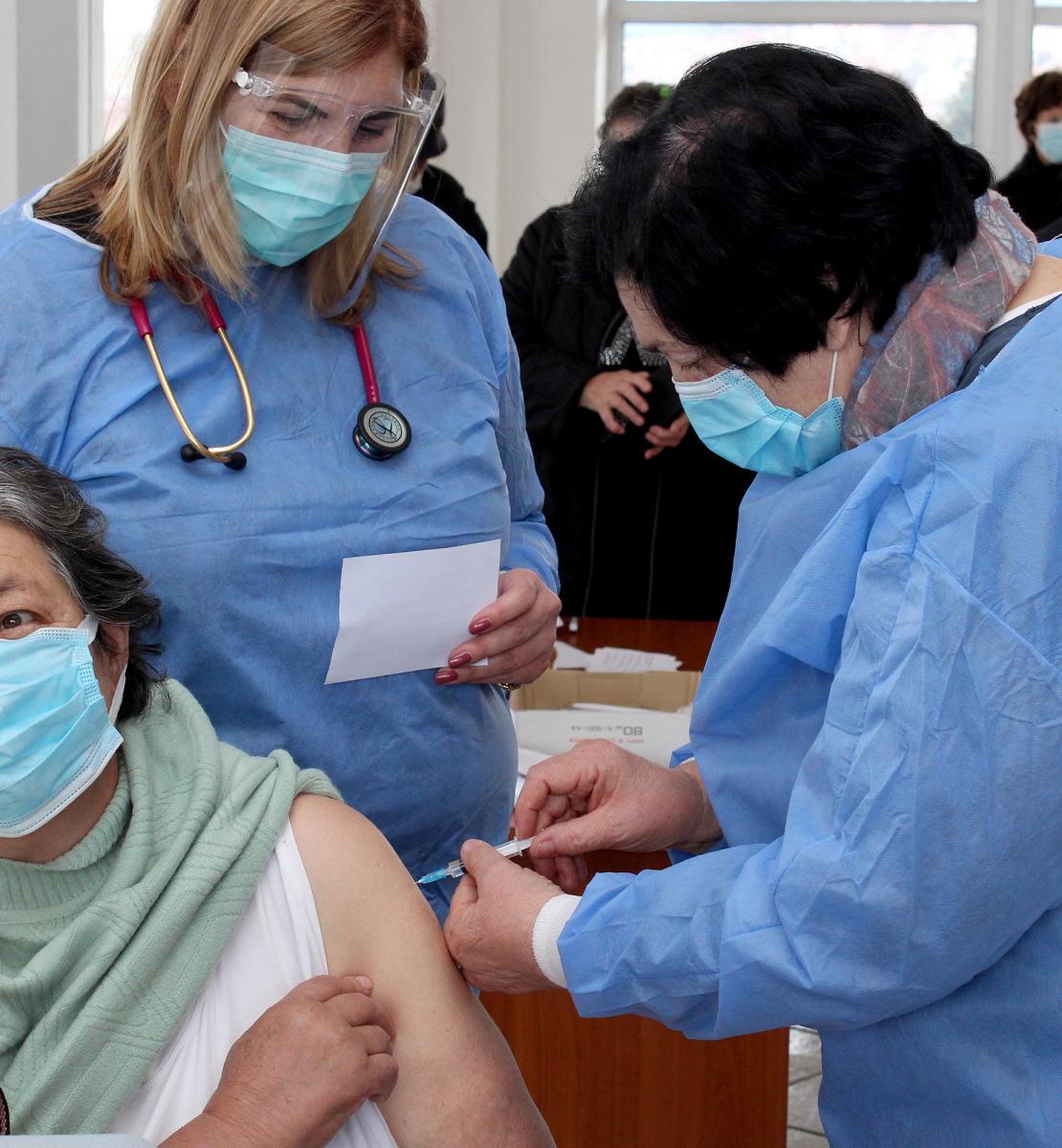 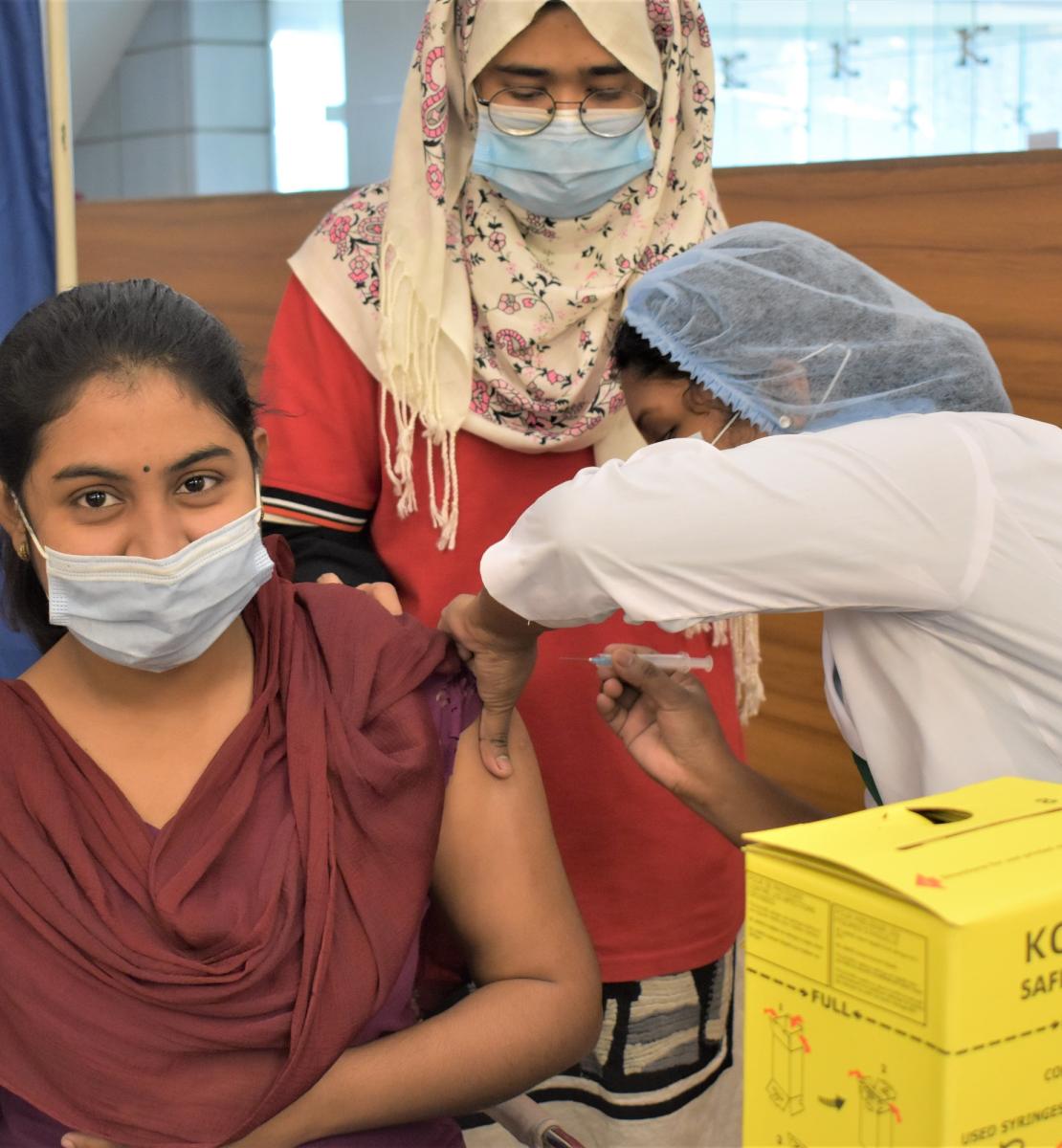 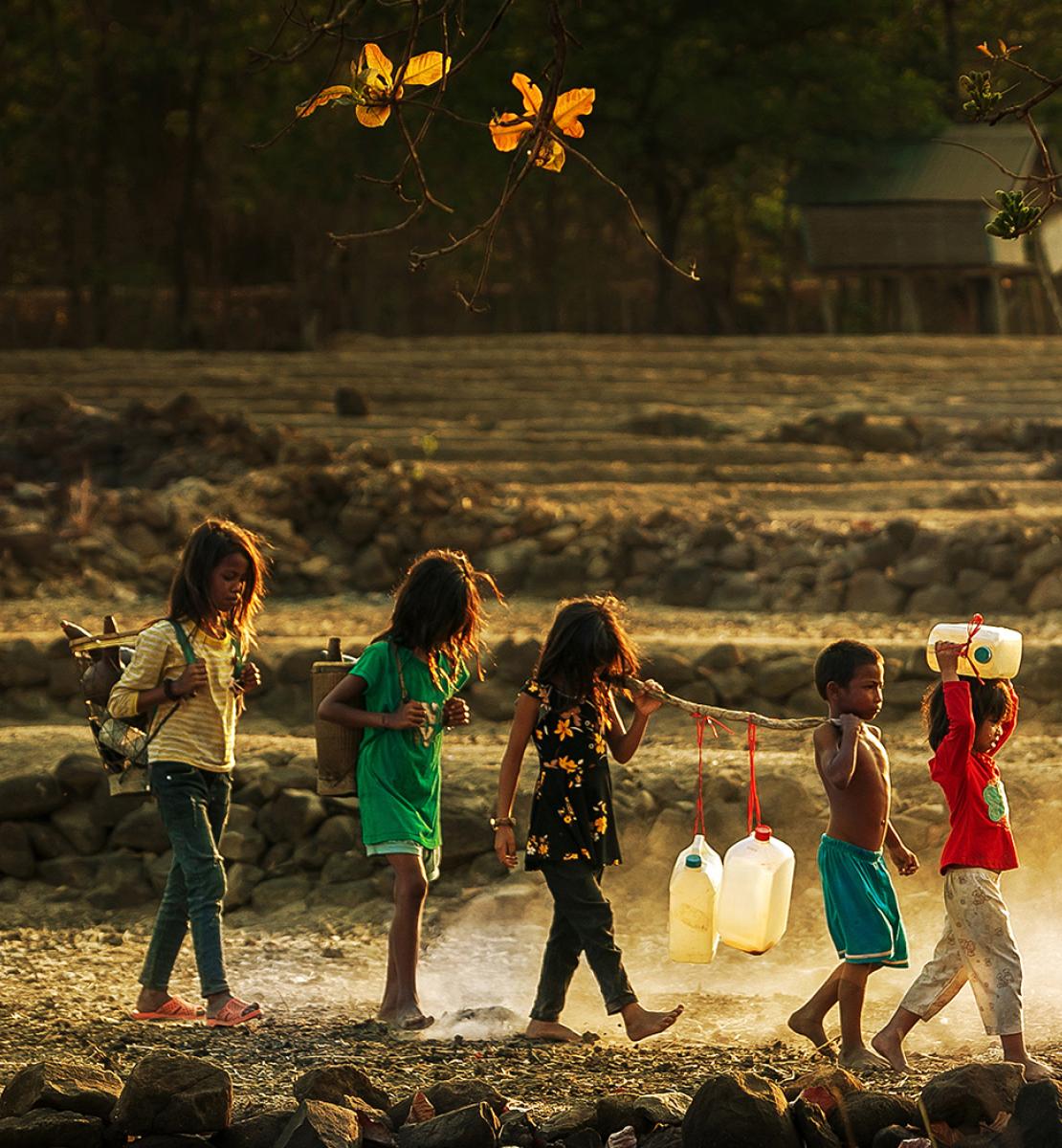 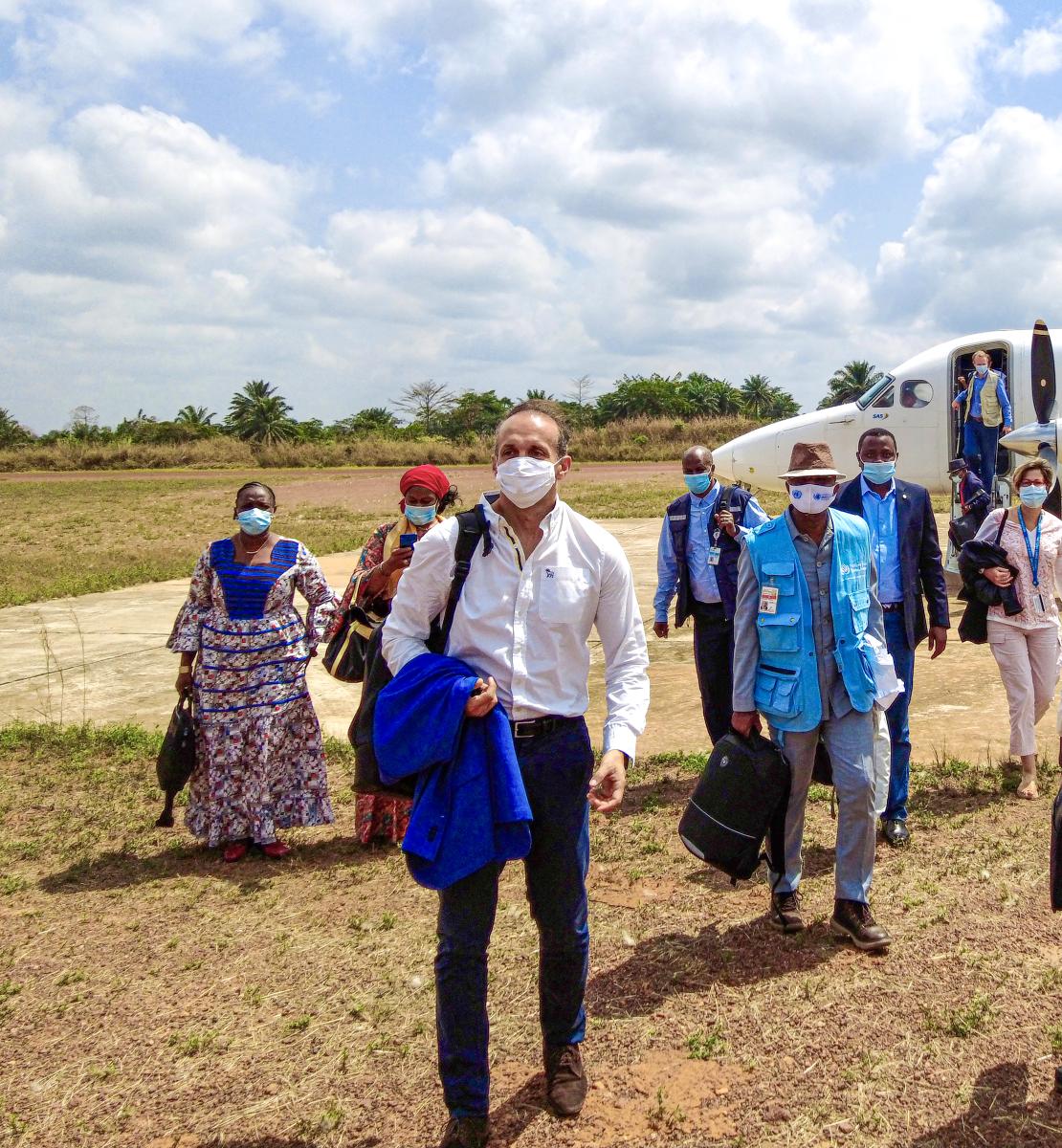 Story
04 May 2021
Hacking COVID-19: In Benin, young people are finding ways through the pandemic

Story
30 April 2021
Through this together: In West and Central Africa, shows of solidarity through the pandemic

Story
03 June 2021
Looking back in Lebanon: How the UN responded to multiple crises in the past year

Story
04 May 2021
Hacking COVID-19: In Benin, young people are finding ways through the pandemic

Story
30 April 2021
Through this together: In West and Central Africa, shows of solidarity through the pandemic